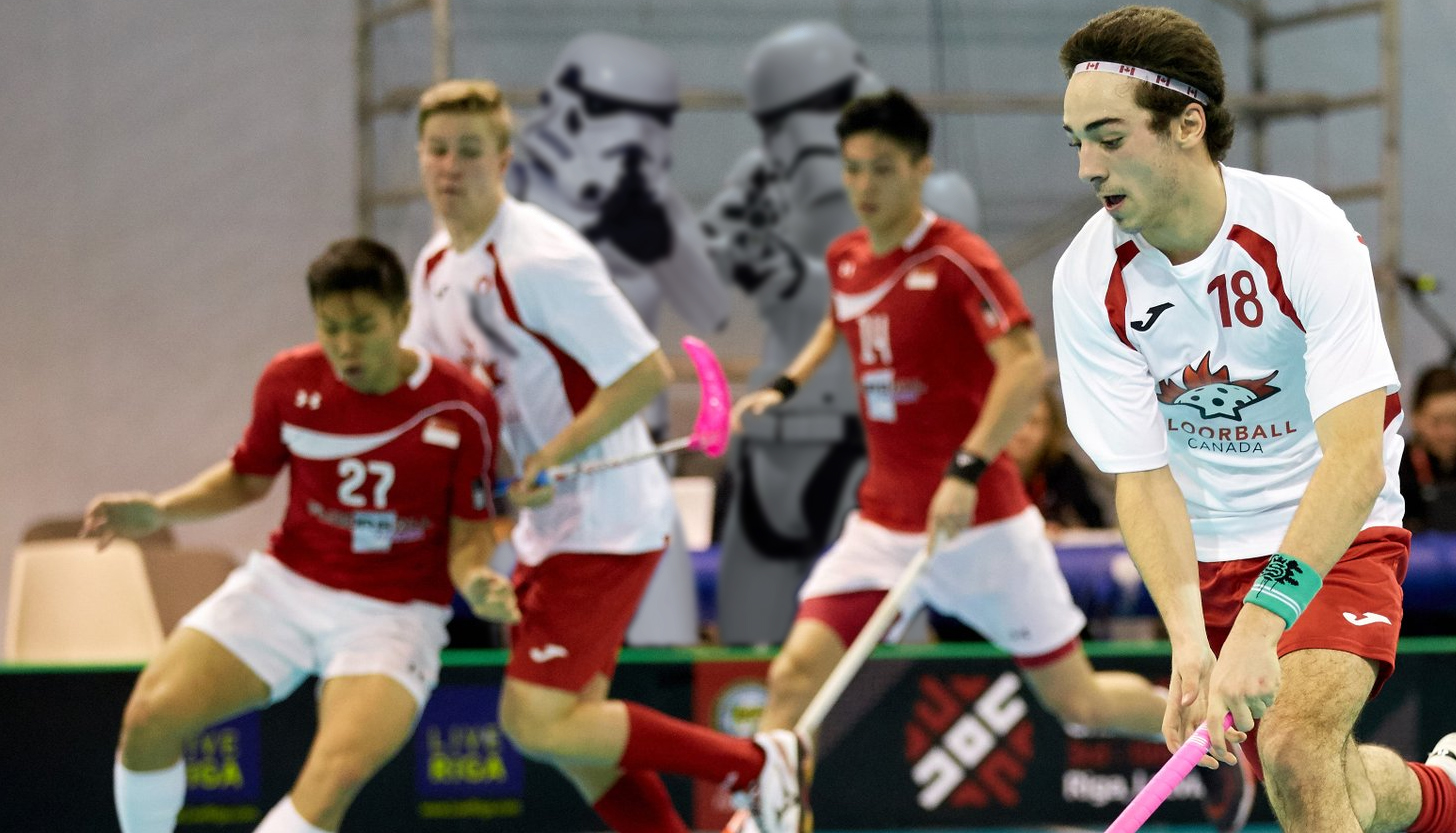 This weekend the highest level of floorball in Canada kicks-off in Montreal. The tournament is being held at Cégep de Saint-Laurent this weekend Nov 9 to 10 and is free to spectate.

Four teams will be competing in the Floorball League of Canada (FLC) over a series of tournaments throughout the season starting in Montreal, and finishing off in the Canada Cup 2020 in Guelph.

Last year the Ottawa Blizzards proved to be the best of five teams with a record of 10-1-1 winning the championship over Cambridge FC. Ottawa’s U19 team came in third followed by Montreal FC and Toronto United.

After last season, teams Ottawa U19 and Toronto United folded with some of their players joining Ottawa and the new Ontario team. That means for this season five teams have condensed into four to develop perhaps the strongest talent-packed rosters the FLC has ever seen.

Is Ottawa shaping up for another Championship run? Has Cambridge FC had enough of its second-place performances? Stormtroopers? Rookies, vets, Flex? Here are the previews for each team heading into the season.

Ontario Stormtroopers
The Ontario Stormtroopers are new to FLC this season. With Hamilton having folded a couple of seasons ago and Toronto struggling to maintain consistent numbers, Ontario is made up of players from across the province. The team consists of seven men’s national team players, as well as, others that have been through the national u19 program. The team is solid up and down the lineup consisting of big shooters, playmakers, and a strong net presence.

The captain of the team, Tristan Walsh says, “We plan on entering every tournament with a winning mentality to show teams that just because we are a new team, we can still compete and win” In anticipation for the new season, Walsh also shared, “the boys are ready to battle for first.” A tall order for a team’s inaugural season but there is no doubt that they have a shot.

Montreal FC
With not having the best season last year, a 5-7-1 record and fourth-place finish, Montreal will be looking to turn things around this season. They couldn’t ask for a better opportunity with the opening tournament taking place in their home city.

Team spokesperson and player, Fabian describes the team being in transition between the old guard and the youngsters. Montreal is hoping to have the younger players begin to take more responsibility on the court. Some of those players are Thomas, Brandon, Yohan and Tristan. He noted in the midst of this transition, he predicts that by having a more experienced team in the FLC, they will be able to conserve energy by playing strategically.

As far as other goals for Montreal this season, they’d like to develop team mechanisms and get the goalies playing at an elite level. Off the court, they’ll be focusing on their club development.

As a part of the development goals, Montreal is always looking to work with other clubs in the region and Canada towards the common goal of growing the sport. Montreal always welcomes new players, coaches, and teams of all demographics.

Cambridge FC
Coming off of a strong season with an 8-4 record and second-place finish, Cambridge is looking to win the title. Fun fact: Cambridge won the inaugural championship but has been runner-up every year since except one. Team Canada and Cambridge player Tyler Brush stated, “It’s time to get back to our roots and win it all.”

Cambridge has a good number of national team and u19 national players on their squad, as well as a couple of young kids stepping into the program. Brush predicts, “the future is bright!” and also advised to, “Keep an eye out for rookies, Carter Cooke and Isaac Kashino.”

With some promising roster changes, it seems this year Cambridge will stay with their tradition of rotating captaincy throughout the course of the season. Brush explained, “We have so many leaders already.”

Stay tuned to see how that works for Cambridge this weekend and if it will lead them to win the championship this season.

Ottawa Blizzard
Ottawa is definitely the team to beat this year. After establishing what can only be referred to as a dynasty, winning the majority of championships since the FLC began, Ottawa is looking to retain championship status.

To make that happen, the team announced a series of additions to the team. Probably the biggest addition will be Félix “Flex” Robillard making his return to the full-time roster after a short absence. He is consistently a top point-leader in the FLC and will be captaining the team this year.

Ben Amdur will be keeping his starting role in net. We’ll see how he performs while Drouin eagerly waits for a chance to show what he's got as well.

Also, joining out of retirement is Miah Gaudet. Gaudet is a two-time champion and veteran defenseman.

Ottawa expressed their anticipation to play against their former teammate, Cedric Grenapin and the newly built Ontario Storm Troopers.

This season will bring Canada’s top talent, fierce competition, and a lot of highlight-reel plays. Who do you think will win the championship this season? Let us know on our social media: Facebook, Instagram, Twitter.